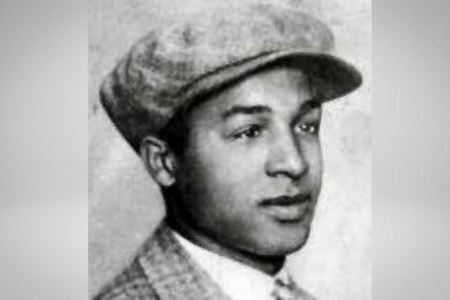 Hilarius Gilqes was an Afro-German worker, actor, dancer and labor organizer. He was only 24 years old when 12 officers of the SS (the black-uniformed elite corps and self-described “political soldiers” of Germany’s Nazi Party) kidnapped him, stabbed him 37 times and shot him in the head.

And while the millions of victims who perished during the Holocaust were overwhelmingly Jewish and at the forefront of Adolf Hitler’s psycho-driven efforts to “purify” Europe–and eventually, rid the world of non-whites– it’s seldom remembered that Black people were also casualties of the genocidal Nazi terrorism decades ago, according to the United States Holocaust Memorial Museum.

The museum’s website says there was no systematic program for the elimination of Blacks, as there was for Jews and other groups. But to be sure, people of African descent were certainly not safe during the Holocaust period that killed millions of Jews over the course of more than a decade, beginning in 1933 Germany.

During World War II,  Black Americans and Europeans captured by the Nazis were interned in concentration camps. Bayume Mohamed Hussein of Tanzania died in the Sachsenhausen camp, near Berlin and Lionel Romney, an American sailor with the U.S. Merchant Marine, was imprisoned in the Mauthausen concentration camp.

There were many more.

Black prisoners of war faced illegal incarceration and mistreatment at the hands of the Nazis, who did not uphold the regulations imposed by the Geneva Convention (international agreement on the conduct of war and the treatment of wounded and captured soldiers).

Lieutenant Darwin Nichols, an African American pilot, was incarcerated in a Gestapo (German secret state police) prison in Butzbach. Black soldiers of the American, French and British armies were worked to death on construction projects or died as a result of mistreatment in concentration or prisoner-of-war camps. Others were never even incarcerated, but were instead immediately killed by the SS or Gestapo.

Even before WWII, the Nazis treated its native Black citizenry (children whose mothers were usually German and fathers who were of African descent) with pure inhumanity:

African-German mulatto children were marginalized in German society, isolated socially and economically and not allowed to attend university. Racial discrimination prohibited them from seeking most jobs, including service in the military. With the Nazi rise to power, they became a target of racial and population policy. By 1937, the Gestapo had secretly rounded up and forcibly sterilized many of them. Some were subjected to medical experiments; others mysteriously “disappeared.”