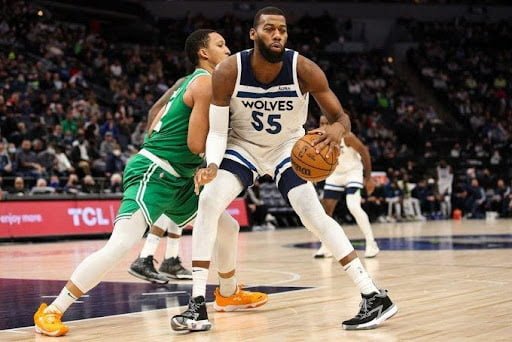 After Signing a 10-day contract with the Minnesota Timberwolves on Monday, December 27, 6’1” PF/C Greg Monroe (no. 55 in photo courtesy of NBA/T-wolves) became the 541stperson to play in an NBA game this season, when coming off of the bench to log nine rebounds, six assists and 11 points, in 25 minutes of playing time, as he helped the T- Wolves in giving the Boston Celtics a 108-103 road loss. Before this game the NBA never had a season in which more than 540 people played in an NBA game.