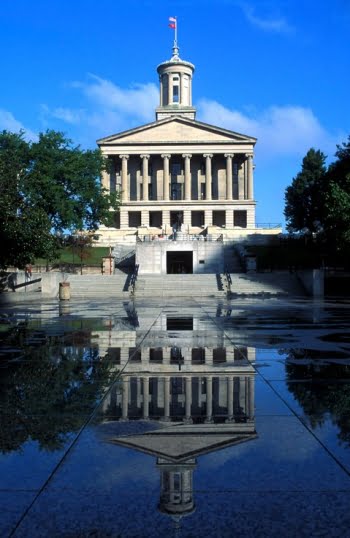 (NASHVILLE) On the November 8 ballot, Tennessee voters will have the opportunity to weigh in on a proposed amendment to the state constitution that establishes a framework for a temporary transition of power for the highest elected official in the state. If approved, the amendment would be invoked if the governor is temporarily incapacitated and unable to perform his or her duties, most likely due to a medical emergency. Tennessee is the only state that does not have a provision in its state constitution to address this issue.

State Senator Becky Massey (R-Knoxville) and House Majority Leader William Lamberth (R-Portland) sponsored this initiative in the General Assembly. Massey says it is critical for a definitive protocol to be in place, just in case.

“In the unusual event the state’s highest elected official is temporarily unable to meet the needs of the office, it is important for the stability of our state that Tennessee’s constitution lays out a clear path for the transfer of power,” said Massey. “It is good practice to plan for all scenarios. I hope we never need to invoke this provision, but if it is ever needed, it will be really needed. It’s time Tennessee joins all other states and adds this provision to our constitution. I urge all citizens to vote “yes” on Amendment 2.”

The initiative will be on the November ballot as Constitutional Amendment 2.

“We certainly hope this is something we will never need, but it’s necessary to have a plan in place that secures our democracy in such a crisis,” Lamberth said. “Voting “yes” on Amendment 2 will strengthen our constitution and our state government by ensuring there is no extended period in Tennessee where it’s unclear how executive powers are to be carried out.”

If the Senate speaker is acting governor, the speaker will not be required to resign as speaker or as a member of the General Assembly. However, he or she will not preside as speaker or vote as a member in order to maintain separation of powers between the legislative and executive branch and because the Tennessee Constitution does not allow an elected official to hold two offices at the same time.

Other states have used similar provisions only a few times. Most recently, Indiana Governor Frank O’Bannon had a massive stroke, and his office was temporarily assumed until his death.

Tennessee already has a provision in place for the death of the governor. This has only been used once in Tennessee history when Governor Austin Peay died in 1927. He was replaced by Speaker of the Senate Henry Horton.

Two things must happen for an amendment to pass and become part of the Constitution. The first is the amendment must get more yes votes than no votes. The second is that the number of yes votes must be a majority of the total votes cast in the gubernatorial election.