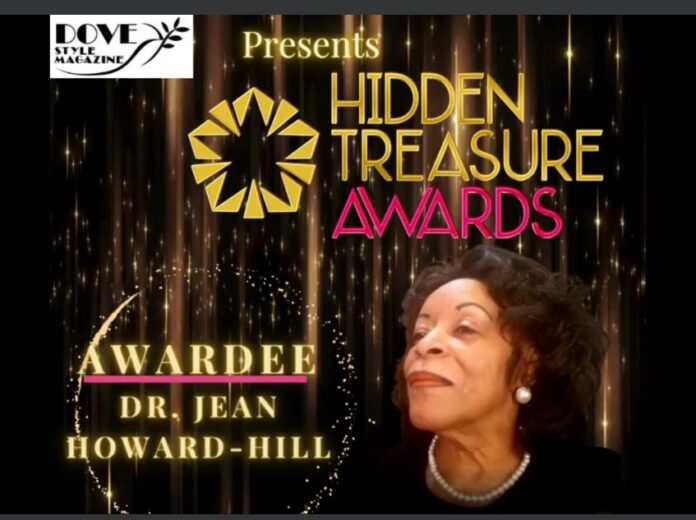 We at Dove Style Magazine are honored to present the Hidden Treasure’s Award, to a woman who has earned the respect of so many, throughout the country and abroad.

Her leadership spectrum ranges from the work she does for kids and youth, to the elderly and legally disadvantaged. But it doesn’t stop there. She is also a seasoned educator and social science researcher. Her exemplary academic teaching career has earned her the honor of being chosen 2006 Outstanding Professor of the Year, Political Science department, at the University of Tennessee, Chattanooga. She is one of only two African Americans to receive this distinguished award.

The list of her other achievements and accolades are far too numerous to include. [See Link to her Bio.: JHH-Combined Resume-Bio 2022-12.docx]

Among women, she is highly respected and seen as an exceptional role model. Her professionalism, including candor in speaking her mind, when]necessary as she champions worthwhile causes, has earned her the respect of all who know her.

Known for her abundant love and human compassion, as well as her wisdom and most capable leadership, she exemplifies strength, courage and tenacity to forge positive change, locally, nationally and internationally. Indeed, she is both a servant and force to be reckoned with, in championing worthy causes.

For all of these reasons and more, she was chosen to be one of the first to be awarded the Dove Life Style Magazine’s Hidden Treasure Award.

We appreciate Dr. Howard-Hill for all that she does, as a pioneer and role model, and for always being there, and caring so deeply for others. The event which celebrated ten selected hidden treasure recipients, was held outside of the nation’s capital. Criteria for the selection, included shining the spotlight on individuals who have and continue to forge change and make positive contributions, often unnoticed and behind the scenes.