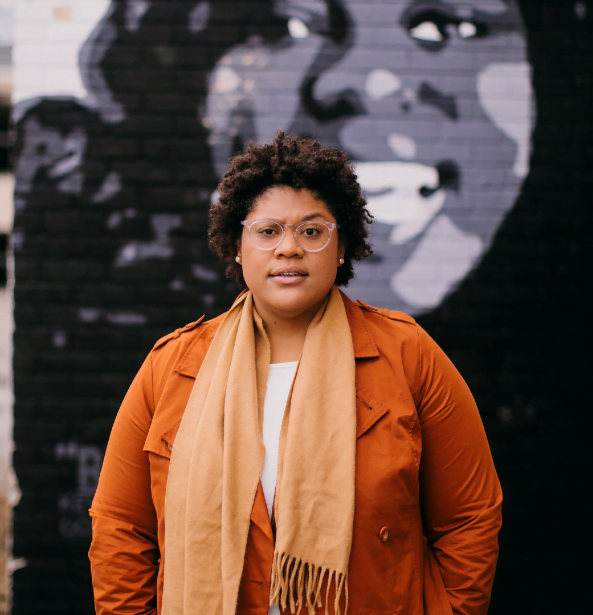 The decision was handed down after the activists agreed to pay a $80.85 restitution to cover the cost of the custom Hamilton County Sheriff’s Office flag burned in July 2020 by the protesters in Miller Park.

“This is a lesson learned, to cooperate moving forward,” Judge Boyd Patterson told the activists during the hearing held in Hamilton County Criminal Court.

“It only took two-and-a-half years for the case to be dismissed,” said Mott, who in September ran unsuccessfully for City Council in District 8. “And before anything else gets said, rest in peace to George Floyd, rest in peace to Breonna Taylor, rest in peace to Ahmaud Arbery, rest in peace to every one of our brothers and sisters all over this world that has died at the hands of a police officer. We told y’all from the beginning, not guilty!”

Williams said, “I’d like to point out the wasted public resources that the Sheriff’s Office and the district attorney used on prosecuting this case over two years. Time of prosecutors, judges, attorneys.”

Mott and Williams led the Chattanooga Black Lives Matter protests in response to the May 25, 2020 murder of George Floyd under the knee of white Minneapolis police officer Derek Chauvin.

A grand jury indicted Mott, Williams and co-defendants Cedric Josey and Grason Harvey in November 2021. The activists were first charged in July 2020. The case was turned over to Criminal Court in April of 2021.

All four activists were charged with misdemeanors for obstructing a highway and disorderly conduct. Mott and Williams were also charged with vandalism and reckless burning. The charges stem from two separate incidents in July 2020–one in which protesters allegedly blocked an emergency vehicle and another in which Mott and others burned a flag belonging to the Hamilton County Sheriff’s Office.

Mott went live on her Facebook page, admitting to burning the flag. And the group “I Can’t Breathe CHA” posted video as a story on its Instagram page showing Mott removing the flag from in front of the Hamilton County jail in downtown Chattanooga and burning it at Miller Park.

The video also shows Williams pouring an accelerant on the flag to make it ignite. “It’s hard for me to have faith in the wheels of justice, because oftentimes the tire goes flat when it is working for a Black or Brown person,” Williams said in a statement published at the time of the flag burning incident.

Harvey was relieved to have the case finally dismissed.

“Two years we stood on the business and today after TWO YEARS and protesting on behalf of black lives, CASE DISMISSED,” Harvey posted on her Facebook account. “Shoutout to my co-defendants who never folded.”

Mott thanked those in the community who supported and believed in her mission. “I want to thank every last one of the community members who understood what this was all about,” she said. “This was all political. And it’s a shame that we’ve paid so much taxpayer resources into this. All of the resources, all of the time, the energy, the back and forth that could have gone to solving problems in our community went into trying to mischaracterize young people who simply wanted to see a change in their community. That’s it.”