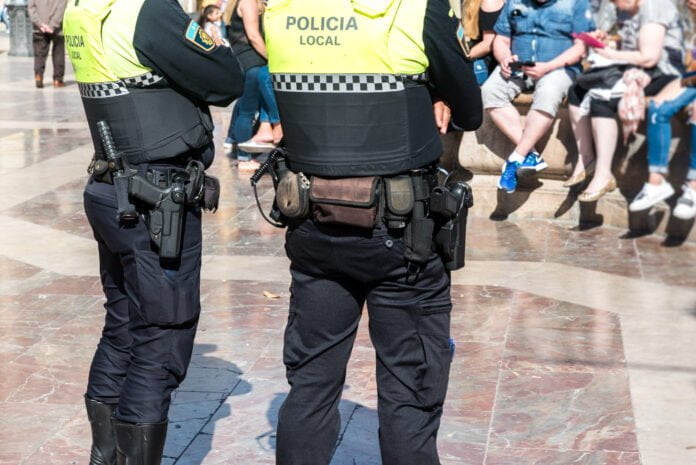 By Christopher Elliott
Albert Schilf did not think the small can of pepper spray in his jacket would become such a big problem when he drove from D.C. to Quebec City in September.

“When I emptied my pockets to go through security at the provincial capital, I notified the guards about the spray,” he says. “I thought they might confiscate it, which they did. But they also arrested me.”

Pepper spray is an illegal weapon under Canadian law. Violators can face up to 10 years in prison. Schilf, a retired federal employee from Columbia, Md., says police released him after questioning. But it doesn’t always end so well.

For example, there is the case of Marc Hilliard Fogel, the American teacher arrested in Russia for possessing medical marijuana. And, of course, there’s Brittney Griner, the WNBA star finally released last week in a prisoner exchange after being detained in Russia for about 10 months.

Griner had been arrested for having vape cartridges with a small amount of cannabis oil. Many of these cases involve countries with regimes hostile to the United States, including Iran, Russia and Venezuela.

Every year, experts say, thousands of Americans like Schilf are arrested abroad for unknowingly violating another country’s laws.

In Schilf’s case, he says he brought pepper spray to Canada for self-defense. “I carry it in my pocket when my wife and I go for walks,” he says. “Happily, I have never had to use it.”

The experience with Canadian authorities was not unpleasant, he says. “They were very polite,” he recalls. “They took me into a small room, where I was detained and questioned for more than an hour, so they could get information for their report.”

Schilf says police told him they would probably drop the charges but would notify him by mail. The process, he adds, could take months.

“I don’t know what will happen,” he says, “but I think people should be warned: Always check your pockets before you cross the border.”

What to do if you’re detained overseas

If you get arrested, ask local authorities to contact the nearest U.S. Embassy or Consulate. It can send you a list of English-speaking attorneys and reach out to family or employers to let them know about your situation.

State Department representatives visit detained U.S. citizens to ensure they are getting adequate medical care and provides reading material and vitamin supplements where appropriate. You can find a full list of services on the State Department site.

But the State Department generally can’t get you out of jail or cover your legal expenses, experts say.

“Only in extraordinary circumstances is it possible that they will help with the expenses,” says Richard Brandenstein, a New York attorney specializing in administrative law.

You should always remain calm if you’re detained.

“If you are arrested, be respectful,” says Bob Bacheler, managing director of the medical transport service Flying Angels. “As a rule, unless there is a reason for the local authorities to make an example of someone, they are looking to clear their docket.”

If authorities can collect a fine and send you home, that’s usually their preference. That’s particularly true for countries that host a lot of foreign students. The last thing they want is a reputation for arresting visitors for minor violations, he says.

Under the Vienna Convention on Consular Relations, you have the right to have your home consulate notified when you’re detained.
“Usually, this means that the arresting state will call the consulate and let the home state know the person is under arrest,” says Michael Benza, a senior instructor at Case Western Reserve University’s law school.

What could get you arrested while abroad

Atkins, the attorney in Philadelphia, recently handled two cases where Americans were arrested at the airport in Mumbai because of their phone. Possessing certain satellite phones without approval is illegal for foreign nationals under Indian law. He says that, without immediate legal assistance, both travelers would have faced long incarcerations.

Even having cannabis remaining in your bloodstream is illegal in some countries. For example, in the United Arab Emirates, the presence of drugs in a blood or urine test is treated the same as possession.

A minor traffic accident can also land you in jail. For example, if you get into an accident with your rental car in Mexico and there’s a physical injury, authorities may arrest the drivers of both cars. An innocent tourist could be jailed until authorities could sort out the case, Atkins says.

How to avoid legal problems on vacation

You can take a few steps to prepare for legal problems abroad. One is to register for STEP, the State Department’s Smart Traveler Enrollment Program. Sharing a few details about your trip allows the government to contact your next of kin if you’re arrested.

Some travel insurance plans offer personal liability coverage that can pay for third-party bodily injuries and property damage that you cause. They may also include 24/7 legal consultation and referral to a local attorney for arrests or other legal problems. An umbrella insurance policy can help cover your defense costs when someone sues you for damages to their property or injuries caused to others in an accident.

“But read the policy carefully to make sure it doesn’t exclude claims from abroad,” says Chiranth Nataraj, founder of the insurance company Visitor Guard.

Alex Thompson, CEO of Legaroo, says his company kept busy during the pandemic dealing with fake coronavirus tests. Now that the pandemic has eased, the problems have returned to normal.

ouble is by following the law. The State Department’s country information pages list most rules and regulations that could land you in prison.

Research your destination’s laws, paying close attention to restrictions on medications, the amount of cash you can bring in and out of a country, and cultural norms.

“No jumping in Roman fountains or naked photos at temples,” warns Christina Tunnah, a general manager in marketing and brands at World Nomads.

Christopher Elliott is an author, consumer advocate, and journalist. He founded Elliott Advocacy, a nonprofit organization that helps solve consumer problems. He publishes Elliott Confidential, a travel newsletter, and the Elliott Report, a news site about customer service. If you need help with a consumer problem, you can reach him through his consumer advocacy site or email him at chris@elliott.org. This story originally appeared in the Washington Post.