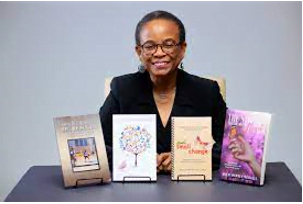 Myrtle Russell is a retiree and caregiver

In 2015, Governor Bill Haslam presented his “Insure Tennessee,” Medicaid expansion to legislators, a plan that would have brought billions of dollars into the state and meant insurance coverage for up to 280,000 Tennesseans. Legislators rejected it.

Here we are six years later with the country still reeling from the far reaching impact of the Covid-19 pandemic, and legislators have once again refused to expand a program that would bring much needed dollars into a state that is among the bottom ten states for maternal and infant health, and pre-pandemic, had some of the highest increases in uninsured residents.

In rural areas of the state in 2019, 16.4% of the population aged 18-64 were uninsured and 5.1% of children under 18 were uninsured. In 2021, all rural counties in the state were in Health Professional Shortage Areas for Mental Health. There are only four Primary Care Physicians (PCP) per 100,000 people with some rural counties sharing only one PCP. With such dismal statistics that lead to poor health outcomes, now would be the ideal time to expand Medicaid since it is anticipated that 300,000 uninsured Tennesseans and approximately 86,000 additional Tennesseans will be in the coverage gap in the next 6 months. Individuals in the gap are not eligible for Medicaid under the state’s rules and their incomes are too low to qualify for subsidized health insurance in the Affordable Care Act marketplace.

You don’t need to be a sage or stare into a crystal ball to see that things are likely to get worse before they get better and Medicaid expansion could help turn the tides by increasing healthcare coverage gains and improving long-term health outcomes. It could be the difference between life and death for individuals with life threatening illnesses and no coverage for treatment and medications that control chronic conditions such as heart disease and diabetes. Research has shown that in states that accepted Medicaid expansion, it saved the lives of at approximately 19,000 adults aged 55 to 64 over a four-year period from 2014 to 2017. Conversely, 15,600 older adults died prematurely because of state decisions not to expand. (Part 1 of 2 – See Conclusion in Jan 20th CNC issue.)