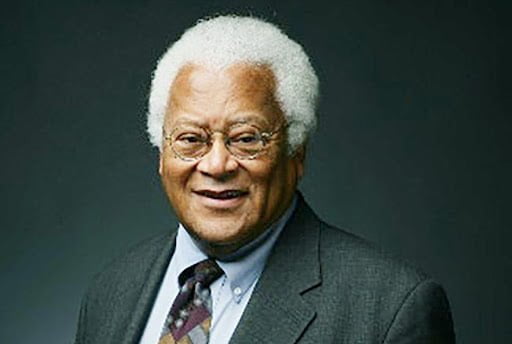 The Metro Nashville Board of Education voted unanimously on Nov. 23 to recognize Lawson, after board member and Vanderbilt alumna Abigail Tylor advocated for the change. The new school, which replaces Hillwood High School, is slated to open in the Bellevue neighborhood in 2023.

“I am pleased to see Rev. Lawson honored in this way. This is proof that you can leave the world better than you found it while still here,” said Emilie Townes, dean of Vanderbilt Divinity School and distinguished professor of womanist ethics and society. “He has offered our society wisdom, knowledge, and a lifelong witness to the power of love and hope in a world so desperately in need of both.”

A champion of nonviolent activism, Lawson helped organize sit-ins to desegregate lunch counters in downtown Nashville after coming to Vanderbilt Divinity School as a transfer student in 1958. His participation in the sit-ins led to his expulsion from Vanderbilt in 1960 following a vote by the executive committee of the university’s Board of Trust—a move that generated national headlines and prompted some faculty members to resign in protest. Eventually, Vanderbilt and Lawson reconciled, and in 1996 he received the Vanderbilt Divinity School’s first Distinguished Alumni/ae Award.

Lawson returned to Vanderbilt as a Distinguished Professor, teaching from 2006 to 2009. In 2007, the James M. Lawson Jr. Chair at Vanderbilt was established in his honor. He donated a significant portion of his papers to the Jean and Alexander Heard Libraries’ Special Collections in 2013, and a scholarship for undergraduate students at Vanderbilt was named in his honor in 2018.

This year, Vanderbilt also launched the James Lawson Institute for the Research and Study of Nonviolent Movements, which carries forward his work through leadership development and the study of nonviolent strategies.

“This is a beautiful moment for Nashville as it acknowledges, in a public way, Rev. Lawson’s commitment to bringing about needed social change and the enduring nature of his message,” said Phillis Isabella Sheppard, E. Rhodes and Leona B. Carpenter Associate Professor of Religion, Psychology, and Culture and director of the James Lawson Institute. “This honor is well-deserved and I join with others in celebrating it.”