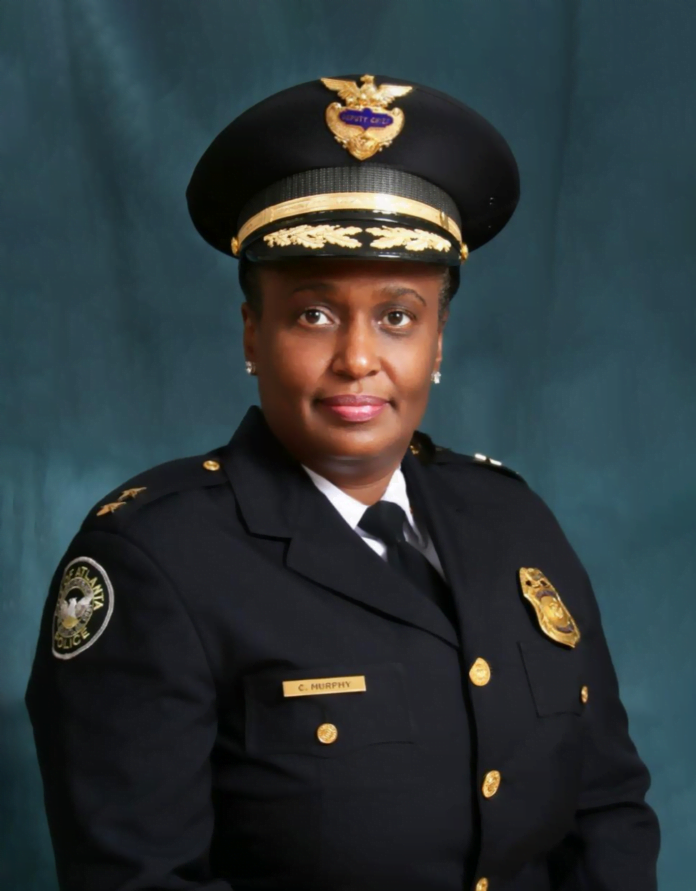 “I am thrilled to announce my appointment of Celeste Murphy to be Chattanooga’s next chief of police,” Kelly said. “She has a demonstrated track record of keeping people safe and reducing crime, and she brings a life-long commitment to civil rights and community policing.”

Murphy is the first woman, and also the first Black woman, to head the department. She also made history in her previous role with the Atlanta Police Department, where she was the first female ever to command two different precincts at the rank of major and four different divisions at the rank of deputy chief.

“This is a dream come true,” Murphy said of the historic nomination.

Murphy, whose appointment is subject to confirmation by Chattanooga City Council, helped drive and maintain a double-digit decrease in overall crime in her Atlanta precincts as deputy chief of the Field Operations Division and has also led department efforts to provide educational and life skills to the city’s youth–including working with local nonprofits to provide alternative pathways to criminal justice involvement.

“As chief, I will bring every resource, every relationship and every ounce of experience to meet this challenge and keep our city and our neighborhoods safe,” Murphy said. “We are going to expose the humanity in each other by embracing what we have in common. We will work together instead of against each other through conversations and partnerships between the department and the community. And we will enhance both our focus on stopping crime as well as our work to address its root causes.”

Over the last two decades, Murphy rose through the ranks at the Atlanta Police Department, serving as patrol officer, detective, sergeant, lieutenant, captain, major and deputy chief. She has worked in or supervised every division of the department, including Special Operations, Special Projects, Field Operations, Strategy, and Community Services.

She has taken on multiple high-level assignments for the department, including overseeing policing at the Hartsfield Jackson Atlanta International Airport, as well as managing Violent Crime Interdiction.

During the period of unrest after the killing of George Floyd, she managed approximately 900 patrol officers and worked with the community to quickly restore the peace.

Murphy is a mother of four children and holds degrees from Syracuse University and Saint Leo University.

She succeeds Eric Tucker, who served as interim chief following the retirement of David Roddy on July 30, 2021.