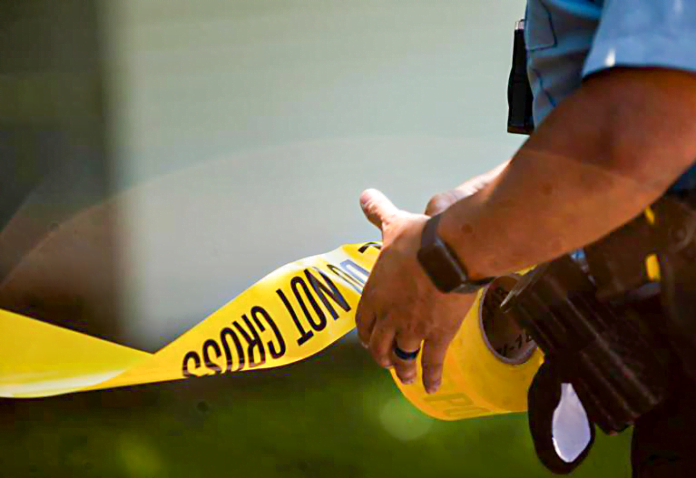 A small town in Alabama has disbanded its police force because it could not legally fire an officer who made a racist joke about slavery.

City councilors in Vincent, a town with a population of 1,982 about 35 miles southeast of Birmingham, voted unanimously last Thursday to “temporarily abolish” its police department of three officers, according to AL.com.

The Shelby County Sheriff’s Office on Friday condemned the two officers’ actions and said it stands with the city “in providing emergency law enforcement related service to the citizens (of Vincent) at this time.”

Vincent mayor James Latimer said in a public meeting that this was “the only way” to stop paying the two officers involved in the incident due to a city policy that prevents any employee from being fired without two formal complaints and a verbal warning.

Both officers had already been placed on paid leave, and the third officer on the force had resigned, leaving the city without any active police officers yet still paying two of their salaries.

By abolishing the whole department, the city will technically be making the officers redundant rather than firing them. The decision will take effect this coming week, with the local county sheriff’s department policing Vincent until a new force can be established.

The racist joke was told via text messages apparently sent between officers in June. “What do y’all call a pregnant slave?” said one officer, before supplying the answer: “Buy one, get one free.”

Screenshots of the messages soon spread on social media, and police chief James Srygley’s declaration earlier this month that “appropriate disciplinary action” had been taken – without revealing the nature of that action or the name of the officer – did not quell the controversy.

“This has torn this community apart,” council member Corey Abrams said after the initial decision to try to fire the officers earlier this month. “It doesn’t matter what color we are as long as we do right by people.”

According to AL.com, one Black resident told other speakers at the public meeting last week: “You are not in our shoes. You’re not Black, and the joke was not on you, the joke was on us.”

Another Black resident, Erica Kelley, told local broadcaster WBRC 6: “I think it’ll be a great change to bring in some police officers who are actually true on the oath they took to protect and serve everyone in the community.”

However, Black retired welder Robert Franklin told AL.com that the city should find another way to get rid of the two officers involved instead of disbanding the whole force.

According to the 2020 US census, around 81 per cent of Vincent’s residents are white, while around 12 per cent are Black.