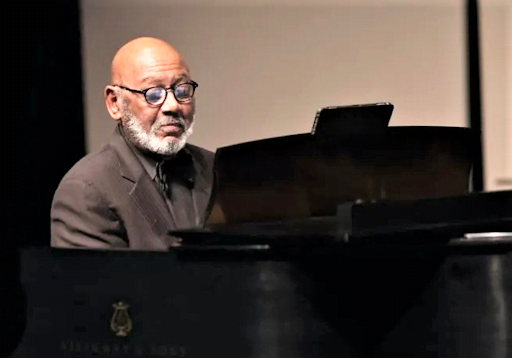 The issue is not that Roland Carter is donating more than 50 years of sheet music, newspaper clippings, event programs, recordings, and other items to the library at the University of Tennessee at Chattanooga.

The issue is that the collection is stuffed into dozens of boxes in no particular order.

“I’m terribly unorganized, so I just throw things in boxes. The problem is organizing all the stuff to donate,” said Carter, who retired from UTC in 2013 after 23 years teaching music.

But organize he must to make sure the collection–an extensive history of his life and his “lifework” collecting and preserving the “Negro spiritual” and other African-American music–will be useful in its new home in the library’s Special Collections.

“My thinking in donating them to the library was to make sure that they are still accessible, that they will be placed where people can come and research or look up music or study the scores, so they don’t get lost,” he said.

An internationally renowned composer, arranger, conductor and pianist, Carter has spent his career celebrating African-American musical traditions. His arrangement of “Lift Every Voice and Sing–selected in 1919 by the NAACP as the Black National Anthem–is considered the standard for choral music.

Carter, who grew up in Chattanooga, conducted the first concert of the African-American Music Series at Carnegie Hall. He is the founder and CEO of Mar-Vel, a publishing company specializing in African-American musical traditions. His papers are full of state, national and international awards and recognition.

Carolyn Runyon, director of the UTC Library’s Special Collections, said Carter’s legacy is nationally and internationally admired, but its roots are sunk deeply into Chattanooga.

“Throughout his career, Roland has been really focused on how he can not only advance efforts to engage people in communities with African-American music nationally, but also locally,” she said. “I think that’s part of his legacy and something that I hope we can highlight.”

Stuart Benkert, head of the UTC Department of Music and a longtime friend and colleague of Carter, said the collection is “valuable due to its scope and magnitude.”

“The African-American spiritual functions as a medium for both religious and cultural expression. Preserving these works in multiple iterations or arrangements, rather than rely on rearrangements and modern recordings, is important,” Benkert said.

Carter, who was originally hired as head of the music department when he came to UTC in 1989, said going through his papers has provided a stroll through the Memory Lane of his career. He has found items that he hasn’t seen in decades, he said, some of which were lost in the haze of memory.

“I’ve forgotten more than I remember, that’s for sure,” he said, laughing.

Chances are good that he will run across many more memories because organizing the collection is not something that will be done soon, Carter said.

“It’s an ongoing, never-ending project at this point.”