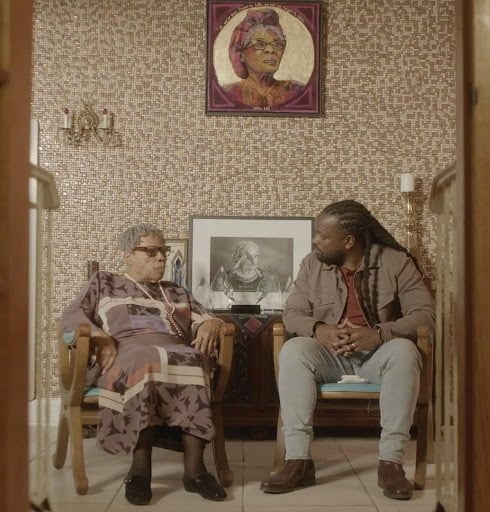 Grand Rapids, Michigan – What does Juneteenth reveal about the nature of the struggle for freedom? How did a bible that was used to justify slavery become an inspiration for liberation? In Juneteenth: Faith and Freedom, viewers are taken on a riveting journey that provides answers to these questions and more as it presents first-hand accounts of descendants of those emancipated during this significant time in our nation’s history. The film is available June 7, 2022 on YouTube.

Juneteenth is the first new federal holiday created by the United States Congress in nearly four decades. As interest in this holiday grows, Juneteenth: Faith and Freedom is an illuminating tool for deep understanding and thoughtful perspectives about the complex history of race, slavery, and faith in America.

“As we began our research, we learned more about the depth of faith stories and biblical convictions included in the first celebration of the day and the many subsequent celebrations. We want to make sure that the Christian faith roots and worldview of the men and women who began celebrating this day are not lost in celebrations of the holiday. In our research, we also learned an interesting fact: Ms. Opal Lee, who urged Congress to recognize Juneteenth, is a faithful follower of Jesus and reader of Our Daily Bread,” says Dr. Matt Lucas, CEO and president of Our Daily Bread Ministries.

In Juneteenth: Faith and Freedom, Our Daily Bread Ministries’ Rasool Berry brings viewers on a journey of discovery as he explores how Juneteenth unfolded in Galveston, Texas, where the celebration originated. Berry visits historical sites and talks to scholars, advocates, direct descendants of formerly enslaved people, as well as the “grandmother of Juneteenth,” Ms. Opal Lee. They uncover what actually happened on June 19, 1865 and discuss the community response, the aftermath of events, and what happens next.

These direct accounts are priceless pieces of American history weaved together to tell a story of faith, hope, resilience, and perseverance. Juneteenth: Faith and Freedom is emotional, evocative, inspirational, and educational; it is necessary viewing for groups and individuals interested in the history of Juneteenth, and its vital intersection with the Christian faith.

“The first celebration of what has become known as Juneteenth took place at a church in Galveston, and I discovered that people who were closest to it understood their emancipation on spiritual terms. To really understand that story, we need to grasp their perspective on their own emancipation. The church is where the story starts, but that’s not where the faith component ends. The role of the Black church in establishing communities was really vital, I discovered,” says Berry.

Directed by Ya’Ke Smith, a rising voice in independent cinema who is celebrated for his “unflinching and veracious style of storytelling,” Juneteenth: Faith and Freedom is presented by the Our Daily Bread Voices Collection and Our Daily Bread Media in association with Exodus Filmworks and the Jude 3 Project.

Smith says, “You can’t tell the story of Juneteenth without faith playing a prominent role, because faith is central to the narrative. It was in the songs sung, it was in the heart of everyone who escaped a plantation and ran towards freedom, it has always been the one thing that the oppressed had access to and that no one could take from them. Faith for Black peoples was, is, and will always be the unspoken language of freedom and survival. It is the Juneteenth story.”