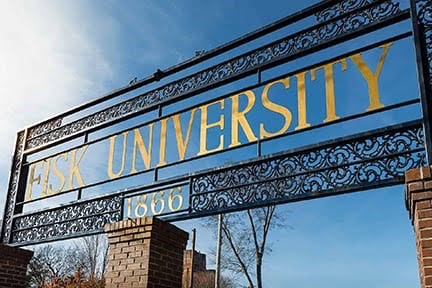 NASHVILLE, Tenn (TN Tribune) – Fisk University canceled classes on Monday after receiving bomb threats to the campus.  On February 14 the campus reportedly went on lockdown and out of an abundance of caution classes were cancelled following the threat of a suspicious device. The buildings involved have been cleared, however, university officials said they have chosen to close for the day based on Metro Nashville police recommendations.  Around 9:15 a.m., the university alert system emailed students and staff about a call threatening an explosive or suspicious device. Students were asked to shelter in place and employees were told to report to the Library to shelter.

As of 11 a.m., Carnegie Hall and Cravath hall were cleared. Students, faculty and staff who do not live on campus are urged to leave. Residential students have been asked to remain in their residence halls.  Campus security has increased the number of uniformed officers on campus for Monday.

The report comes as after a string of bomb threats have been made to HBCUs across the country. At least a half-dozen historically Black universities in five states and the District of Columbia reported responding to bomb threats in recent weeks, with many of them locking down their campuses for a time.

On February 2, Fisk President Dr. Vann Newkirk Sr. released a memo related to campus bomb threats at HBCUs and stated that the University has increased safety measures.  Also on Wednesday, February 2, the FBI Joint Terrorism Task Forces released a statement confirming that the agency will lead an investigation into a nationwide series of bomb threats to HBCUs and houses of worship. The threats will be investigated as hate crimes.

“This investigation is of the highest priority for the Bureau and involves more than 20 FBI field offices across the country,” the statement read. “These threats are being investigated as racially or ethnically motivated violent extremism and hate crimes.”

This is a developing story.