- Advertisement -
Home National Arrogance And Self-Adulation Have the Former President Backed in a Corner and...
Facebook
Twitter
Linkedin
Email
Print 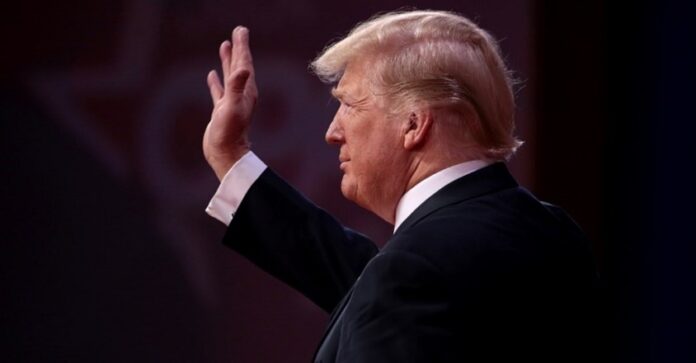 The political landscape is ripe for comment and critique. Almost every day, something happens to make you pause and wonder if it will ever stop.  It is my thinking that these rumblings will always be with us.

One of the political occurrences that keeps on giving is what is happening with the former president of the United States of America.

If it’s not one thing, it’s another with him.  His ascent to the presidency has only brought more attention to his checkered past and now his questionable future.  Money and power or maybe I should say the quest for it have caused him problems galore.

Like many in America, Mr. Trump is in the 4th quarter of his life and the 2-minute warning is approaching.  I just wonder how he sleeps at night given what is hanging over his head.

I listened to him on Fox News recently and he’s in a totally different reality.  Contrary to popular opinion, he believes he is above the law.

Donald Trump thinks that the rule of law does not apply to him. The state of New York has come after him.

New York State Attorney General, Letitia James has filed a lawsuit against Donald Trump, and the Trump organization for financial fraud. They inflated their profits to gain certain economic advantages and benefits. It appears that he wasn’t as rich as he said he was.

She added, “And as a result of that we are seeking relief, and Mr. Trump, the Trump Organization, his family, they should all be held accountable.”  Will this result in the former president being convicted and going to prison?

Carl Tobias, law professor at the University of Richmond said, “Even for Trump, people don’t like him, but do they want to put him away? What kind of punishment would be appropriate? So, it’s just all around more difficult.”

Can we imagine Mr. Trump spending time in a federal prison and ordering a diet soda from his room? That is almost laughable and full of satire. Because he is self-serving and a narcissist, there are people who want to see him do some time.

He has hired lawyers to defend his positions which many believe are frail and puny. Will he win this court battle? We will just have to wait and see. On another Trump-infused problem, the classified documents taken by him to his home are causing a problem for him.

Of course, his lawyers are saying that he declassified them but have offered no proof. Raymond Dearie, Senior Federal Judge said, “My view of it is you can’t have your cake and eat it. I can’t allow litigation strategy to dictate the outcome of my recommendations to Judge Cannon.”

Aileen Cannon is the U.S. District Court judge who chose Judge Dearie as the special master. The former president believes in my opinion that because he lies that he can get his lawyers to do the same.

Not so. The lawyers representing him will not perjure themselves. That will result in them losing their license to practice law. The Department of Justice is continuing its probe of what many believe was an illegal activity. Mr. Trump is tied up and tangled up and the truth is not in him. His troubles are going downhill faster than a skier.

Don’t forget the January 6th Hearings which will resume in the coming weeks. It is widely speculated that the former president is the reason for the attack on the Capitol.

It is my thinking that Mr. Trump has hit a ground zero political trifecta. His money is wrong, his judgment is wrong, and his tampering is wrong. Do you remember the television show, Cops?  The theme song was Bad Boys written by Ian Lewis. Some of the lyrics were, “Bad boys, bad boys whatcha gonna do? Watcha gonna do when they come for you. Is that a fitting song for what is happening now?