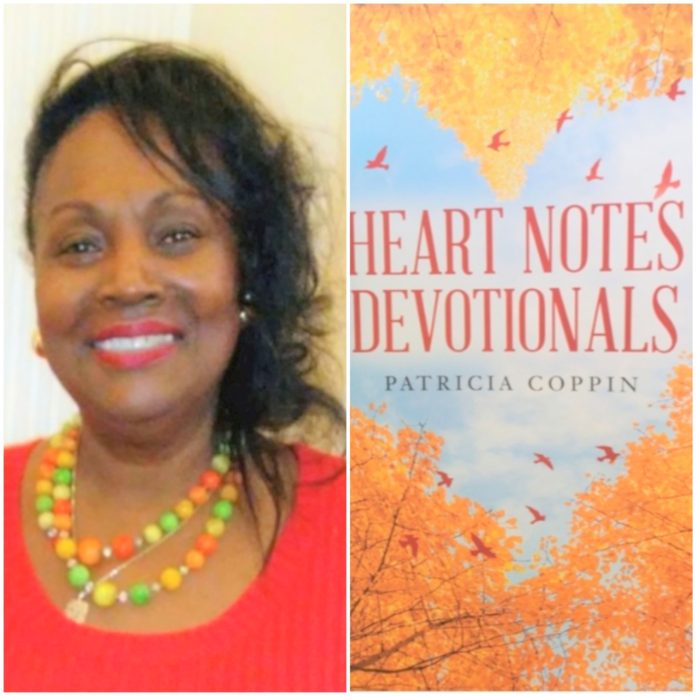 The event will be held at The Bessie Smith Cultural Center, 200 East Martin Luther King Blvd., beginning at 4 p.m.

“Heart Notes Devotional” was inspired by a beloved cousin who was battling cancer, Coppin said.

“It began when a cousin of mine became ill, and I started sending her just something to lift her up every day, just a word or two,” she recalled.

Coppin’s cousin eventually passed away, but she kept sending out daily devotionals to friends and family.

“And people started liking them,” she noted.

Eventually, Coppin decided to compile her inspirational messages into “Heart Notes Devotional,” which she describes as “a 90-day journey utilizing God-given words to express the endless love of God.”

“I wanted the book to be an inspiration during the times that we’re going through,” she said. “And to remind people of God’s grace and His intent for us to be loving and kind towards each other.”

On a personal note, Coppin said her passion centers around history and heritage. And she enjoys “using past historical facts as primary tools to teach us to thrive and prosper in the future.”

Coppin, who currently lives in Decatur, Georgia, is a native of Chattanooga. She spent her formative years in the Alton Park community and attended Frank H. Trotter Elementary School and the historic Howard High School.

In 1994, she founded Community Alert Inc., a non-profit geriatric and family resource center, where she continues to serve as program director.

Coppin is an active member of numerous religious, civic and social organizations, including the Super Saints senior ministry at Spirit & Truth Sanctuary in Decatur, Georgia; Leading Age Georgia, where she serves on the Georgia Institute on Aging Board of Directors; and Delta Sigma Theta Sorority, among others.

Both the mayor of Atlanta and the Fulton Board of Commissioners have proclaimed a day in Coppin’s honor. She has also received the Mayor’s Point of Light Award and the Stone Mountain-Lithonia Chapter of the National Coalition of 100 Black Women, Inc.’s Bold and Fearless Advocacy Award for community contribution for Nutritional Education and Obesity Prevention.

Coppin is also the author of “Past People Present Poems.”