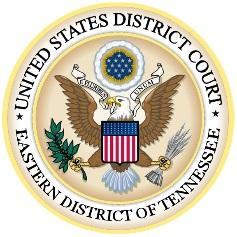 WHAT IS THE SOURCE OF JUDICIAL REVIEW?

Several recent Supreme Court opinions have sparked a great debate in our nation about the role and function of the Supreme Court, and to a lesser degree federal courts in general.  One aspect of this debate concerns the power of the unelected Supreme Court to overturn laws passed by the elected Congress and signed into law by the elected President. The debate extends to the power of the Court to overturn laws passed by states.  Some critics argue this is undemocratic and an unelected body should not have this power.  They also correctly point out that this power, called judicial review, is not mentioned in the Constitution itself.  So where does it come from?

Article III of the Constitution establishes the judicial branch and outlines its powers and responsibilities.  Critics of judicial review are correct that invalidating laws passed by Congress is not mentioned in Article III.  Supporters of judicial review respond that the first sentence of Article III implicitly grants this power.  It begins: “The judicial Power of the United States, shall be vested in one supreme Court, and in such inferior Courts as the Congress may from time to time ordain and establish.”  In the view of supporters, “judicial power” includes the authority to determine whether acts of Congress and the President comply with the Constitution.

In 1803, in the famous case of Marbury v. Madison, Chief Justice John Marshall asserted on behalf of the Court that it had the authority to determine whether acts of Congress and actions of the President complied with the Constitution.  Then-President Thomas Jefferson vehemently disagreed.  But contrary to what some critics argue, Chief Justice Marshall did not just make up the doctrine of judicial review.  Although the power is not spelled out in the Constitution, the concept was well known to the people who debated the Constitution.  In fact, such a power in the federal courts was assumed and anticipated by many of the framers and those in the framers’ generation.  We find evidence of this in the debates about ratifying the Constitution, in the Federalist Papers, and in the customary practice at the time.

Before becoming a justice, Marshall was active in public life and knowledgeable of the arguments and debates over the proposed constitution.  In fact, he was a delegate to the Virginia state convention that considered and ultimately ratified the proposed federal constitution.  He was a leader among those advocating for adoption of the Constitution and was intimately familiar with its contents.  He was in communication with leading figures from other states and knowledgeable of their thoughts on the proposed constitution. Thus, he was personally aware of the framer’s intent.  Judicial review was not alien to those discussions and debates.

Alexander Hamilton, John Jay, and James Madison engaged in a vigorous argument in favor of the Constitution in the 85 essays of the Federalist Papers. In Federalist 78, Hamilton clearly anticipated federal courts having the power of judicial review:

If it be said that the legislative body are themselves the constitutional judges of their own powers, . . . it may be answered, that this cannot be the natural presumption, where it is not to be collected from any particular provisions in the constitution. … It is far more rational to suppose, that the courts were designed to be an intermediate body between the people and the legislature, in order, among other things, to keep the latter within the limits assigned to their authority.

Hamilton explained that because it is “the proper and peculiar province of the courts” to interpret laws, which includes constitutions.  Courts are therefore well suited to determine whether acts of Congress comply with the Constitution:  “A constitution is in fact, and must be, regarded by the judges as a fundamental law.  It, therefore, belongs to them to ascertain its meaning as well as the meaning of any particular act proceeding from the legislative body.”  Other framers shared Hamilton’s opinion, although some had a contrary view.

The framers of the Constitution represented the several states and were familiar with the laws, practices, and procedure in the states, and so were those elected to serve on the state constitutional conventions considering whether to ratify the Constitution.  In many of the states, judicial review was already the practice, so it was not radical for that same power to be extended to the federal Supreme Court.  For example, Elbridge Gerry of Massachusetts argued in his state judges set aside laws they deemed unconstitutional under Massachusetts’ constitution.  During the Virginia ratification convention, Madison applauded Rhode Island, where the courts had refused to execute a law they deemed unconstitutional.

While our country thrives on civil discourse regarding decisions by the Supreme Court, judicial review has been with us almost since the beginning and is now a well-established part of our form of government.

Past President, Chattanooga Chapter of the Federal Bar Association