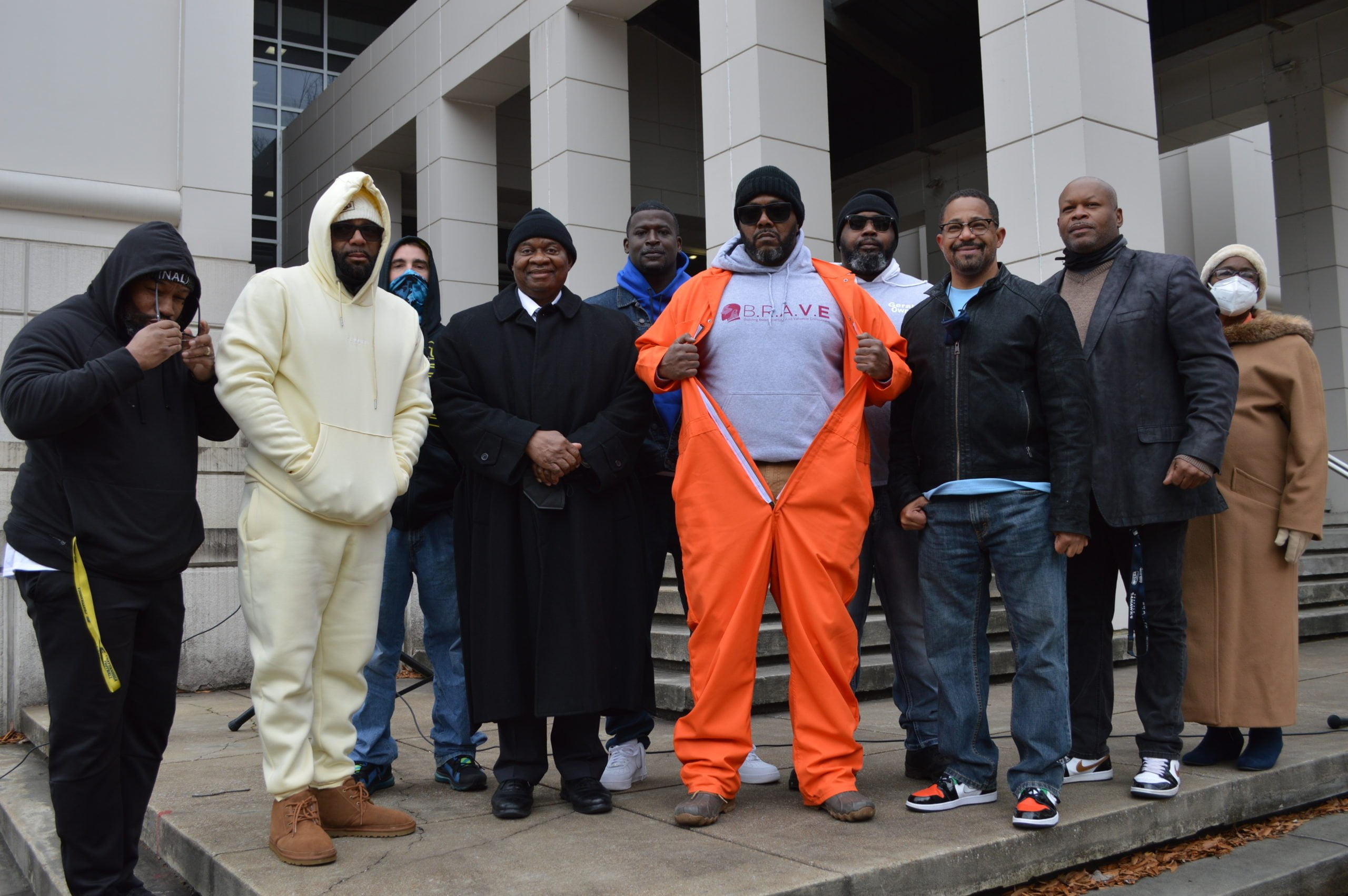 CHATTANOOGA, Tenn. – Advocates along with concerned citizens, former inmates, parolees, and supporters of the life-sentence reform bill braved the piercing cold weather on M. L. King Day, this past Monday regarding HB 1532 to speak out in support of life sentence reform by the Tennessee legislature this session. Their gathering was held in front of the Chattanooga City Courts Building

According to the group’s press release:  The bill at issue, HB1532, is sponsored by Rep. Dan Howell, and passed overwhelmingly in the Senate last spring with sponsorship from Sen. Janice Bowling.  If enacted, it will return Tennessee’s life sentence for first degree murder to what it was before 1995 – life with parole eligibility after 25 years in prison. Since 1995, anyone sentenced to life in Tennessee must serve 51 years before they are eligible for release, making it in effect the same as a life without parole sentence.

Rep Hakeem, former Chattanooga District 9 City Councilman, and former governor appointment to the Board of Probation & Parole, was in attendance to show full support of this bill.  He is an avid supporter of the rights of the disenfranchised, the justice involved and youth in our communities.

Chattanooga’s current District 9 City Councilwoman and newly appointed member of the National League of Cities 2022 Public Safety and Crime Prevention Federal Advocacy Committee Demetrus Coonrod says, “We have to deal with the trauma people deal with, and we can’t ignore that historically there has been a lack of opportunity, chance, and change. We have to address that.”

Supporters say, the legislature’s fiscal review committee estimates the bill will save taxpayers nearly $2.5 million dollars each year, starting one year after its passage. Responding to concerns that the bill could create an undue burden on the parole board note that the bill’s immediate impact will be extremely limited, because there are very few people serving 51-year life sentences today who have reached 25 years in prison.  The number of people serving these life sentences is small compared to how many parole hearings the Parole Board conducts each year. Due to reduced life expectancy for people in prison, about 30% of those currently serving this sentence aren’t likely even to live long enough to see the parole board.”