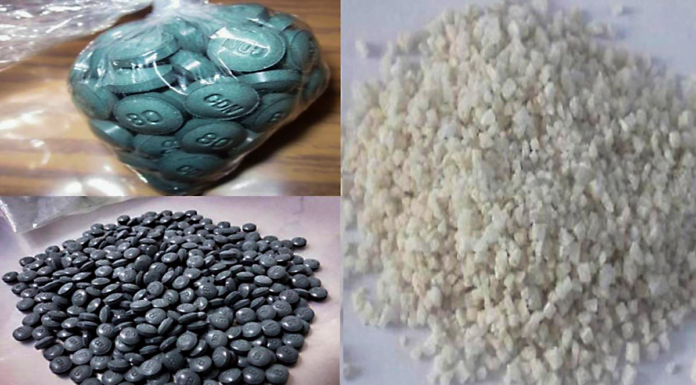 Are you aware that the lifespan of American adults is significantly impacted by something which has fallen out of our discussions, yet has grown more potent in recent months?

No. It’s not currently COVID, despite rising case counts as our social patterns of activity have increased over the summer. No. It’s not monekypox, the latest declared emergency that, interestingly, the World Health Organization has issued direct warnings to those living the homosexual lifestyle.

CNBC published remarks by WHO’s monkeypox expert and WHO Smallpox Secretariat, Dr. Rosamund Lewis, noted that “men who have sex with men are the group for the highest risk of infection right now. About 99% of cases are among men, and at least 95% of those patients are men who have had sex with men.”

It’s increasing overdose deaths from fentanyl and a new class of synthetic opioids that are literally wiping out generations of Americans. This is due to addictions and ease of access obtaining illegal drugs flowing over open borders, as reported by CNN in February 2022. To fund international drug cartels that are lavishly wealthy from preying on Americans, the Centers for Disease Control and Prevention reports that from February 2021 to February 2022, more than 108,000 Americans died of drug overdoses.

Almost three-fourths, or more than 70 for every 100 overdose deaths, were opioid-related.

What is fentanyl? It’s a powerful medication used appropriately for severely injured patients, or those dealing with terminal diseases, or who are under strict supervision of physicians. Why is it so deadly? Its potency is underestimated, but its impact on the respiratory system is greater than morphine and heroin.

Stated plainly, fentanyl reduces both your rate of breathing and the volume of air moved. Its victims usually die. Fentanyl also lowers the heart rate and blood pressure. Obviously, if one’s heart is not beating sufficiently to move blood through your body and not giving breath, the outcome is clear – death.

Even in states where other drugs are legal, like Colorado, where marijuana was legalized back in 2012, an analysis of 2021 deaths in the “Rocky Mountain High” state revealed 48,284 deaths, 10,363 more than the pre-pandemic average.  Only 5,298 of those were caused by the COVID virus.  Coloradans are seeing a massive increase in overdose deaths in ages 25-44 years young.

As International Overdose Day, August 31, approaches, talk to your family members and friends. Addictions are deadly and must be addressed through medical and behavioral interventions. Resources are available with professionals ready to assist when accessed.

A Stanford-Lancet study this year predicts 1.2 million US deaths, with the greatest impact to the Black community, over the next decade due to opioids.

If you get medicine from your physicians, take it as prescribed and in consultation with your health team. Otherwise, beware of dangers.