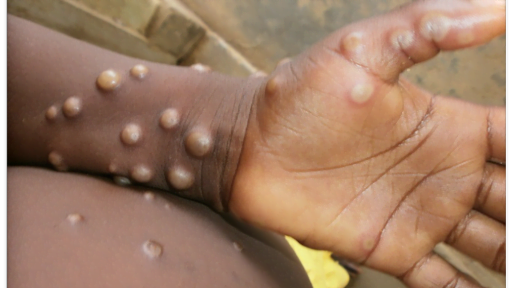 TA worrisome international outbreak of monkeypox, a less harmful cousin of the smallpox virus, has now reached the United States and Canada.

Monkeypox is a rare disease, which generally occurs in remote parts of Central and West Africa. The virus was first discovered in 1958 when two outbreaks of a pox-like disease occurred in monkeys. The first known human case occurred in 1970 in the Democratic Republic of the Congo, and it has since been reported in humans in other central and western African countries, according to the CDC.

As of last week (May 20) 92 confirmed cases of the illness, and 28 more suspected cases, have been reported across 12 countries, according to the World Health Organization.

Cases of monkeypox had previously been seen only among people with links to central and West Africa, according to the Associated Press. But in the past week, the United States was among seven countries reporting infections, mostly in young men who hadn’t previously traveled to Africa. France, Germany, Belgium and Australia confirmed their first cases on Friday, May 20th.

Between 1 and 5 confirmed cases are currently under investigation in the United States, WHO said.

CDC officials are also investigating a confirmed case of monkeypox in a Massachusetts man who recently traveled to Canada, according to CNN. And the New York City Health Department is probing a possible infection in a patient at Bellevue Hospital there.

The illness begins with fever, swollen lymph nodes and other flu-like symptoms (chills, headache, muscle aches and fatigue), followed by a telltale rash on the face that spreads to other areas, including genitals, hands and feet.

The rash typically affects the…

The rash consists of lesions that evolve in the following order:

A rash caused by monkeypox can cause severe itching and go through several stages before the legions scab and fall off.

A monkeypox infection typically lasts two to four weeks and usually clears up on its own.

“It can last for several weeks, and people can feel fairly ill,” says Anne Rimoin, chair of infectious diseases and public health at the University of California, Los Angeles.

How do you get monkeypox virus?

Monkeypox is primarily spread from animals to humans — and less often from person to person because close contact with bodily fluids is needed, adds Hannah Newman, director of epidemiology at Lenox Hill Hospital in New York City.

Risk factors for past outbreaks included contact with live or dead animals and consumption of wild game or bush meat from wild animals, Newman adds.

Once the virus jumps from an animal to a human, human-to-human transmission can occur through direct contact with respiratory droplets, bodily fluids or skin lesions.

Animal-to-human transmission, on the other hand, may occur through a bite or scratch.

The virus can enter the body through broken skin, the respiratory tract or through the eyes, nose and mouth.

“Anyone experiencing an unusual rash or lesion and who has risk factors [or had sexual encounters with someone who has] should seek care immediately,” she says.

Many of the newer cases worldwide have occurred among gay and bisexual men.

On Monday Enrique Ruiz Escudero, senior health official in the Spanish capital of Madrid, said the city has recorded 30 confirmed cases of monkeypox so far. He said authorities are investigating potential links between a recent Gay Pride event in the Canary Islands, which drew some 80,000 people, and cases at a Madrid sauna.

Although there are no proven safe treatments for monkeypox, doctors are certain that the virus can be controlled.

“I feel like this is a virus we understand, we have vaccines against it, we have treatments against it, and it’s spread very differently than SARS-CoV-2 (the virus that causes COVID-19),” Dr. Ashish Jha, the White House COVID-19 response coordinator, told ABC News on Sunday.

“It’s not as contagious as COVID. So I am confident we’re going to be able to keep our arms around it,” Jha says. “But we’ll track it very closely and use the tools we have to make sure we can continue to prevent further spread and take care of the people who get infected.”

Smallpox vaccines, antivirals, and vaccinia immune globulin (VIG) can be used to treat monkeypox and have been proven to be effective at preventing the spread of the virus. The U.K. and Spain are now offering the vaccine to those who have been exposed to infections to help reduce symptoms and limit the spread.

In fact, the U.S. government has already placed a $119 million order for the vaccine with an option for more. British health authorities are offering smallpox shots to some health care workers and others who may have been exposed to monkeypox.

In Africa, anywhere from 1% to 15% of people with monkeypox will die from the virus. “Severe disease and [death] is higher among children, young adults, and immunocompromised individuals,” Newman adds.

While it does not occur naturally in the United States, this is not the first time monkeypox has been seen in the nation. A 2003 outbreak was linked to infected prairie dogs imported as pets.

Still, many questions about the new outbreak remain.

“We need to monitor it and understand how it is behaving and how it has been introduced into the new population,” Rimoin shares.

The 2003 U.S. outbreak, for example, was quickly contained through extensive testing, deployment of smallpox vaccine and treatments, and guidance for patients, health care providers, veterinarians and other animal handlers.

“All 47 people recovered, and none of the 47 cases spread the illness to another person,” she adds.

“I’m stunned by this. Every day I wake up and there are more countries infected,” says virologist Oyewale Tomori, who sits on several World Health Organization advisory boards.

“This is not the kind of spread we’ve seen in West Africa, so there may be something new happening in the West,” he told the AP.

Despite all of these recent infections in areas where the virus is uncommon, and newfound concern that the disease may spread through sexual contact, health experts are warning against overreacting. Unlike newly emerging diseases like COVID-19, monkeypox is well understood and effective treatments are available.

“Nobody should be panicking,” says Anne Rimoin, chair of infectious diseases and public health at the University of California, Los Angeles. “Monkeypox is a known virus that is being introduced into a new population.”

How do you prevent monkeypox virus?