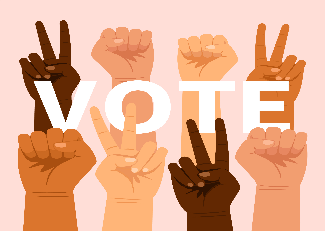 LETTERS to the EDITOR:

One staunch aspect of American democracy is  deeply rooted in the principle “one person-one vote.”

It is to our dismay that as of this time, for the citizens and voters of District 8,  that standard has been compromised, endangered and undermined.

We previously expressed our concern that a significant number of the voters were not informed that due to the 50 percent plus 1 standard found within the City Charter, in the absence of a candidate surpassing the 50 percent threshold in a multi-tiered race; a special election would be constituted where the two highest vote getters would be placed in a run-off.

It was already extremely problematic that the language outlined in the City Charter is confounding and ambiguous, but  what is even more egregious is that the processes and procedures that will conduct the special election have not been adequately conveyed to the residents of District 8.

For most elections, there is a registration deadline of 30 days preceding the election. Similarly, if an eligible voter desires to request absentee or vote by mail, that time frame in most instances is no later than 7 days before the election.

The failure of the Charter to clearly spell out the procedures of the special election, the absence of an official resolution that corresponds to those rules, and failure of government and election officials to provide pertinent information and guidance, is just the latest form of electoral injustice that has befallen the voters of this District. It has created a Zone of Twilight where questions are aplenty and answers are less than few.

In addition the disingenuous adaption of the special election, the residents of this district have had to endure a rash wave of polling place closures, district lines that have been nefariously altered, names that have been purged from the rolls, and in some instances voters have reported irregularities such as being given the wrong ballots.

These adverse effects are nothing less than outright voter suppression that has created barriers and obstructions which have hampered, and greatly diminished, active civic engagement and voter participation.

A City Charter and ordinance that is imprecise; ambivalent electoral processes and procedures; barriers and obstructions that directly impacts the will of the voters; this election is now much more than selecting a new member of the Council, this election is also about eradicating voter suppression in all its forms.

We urge all civic groups, organizations and voting rights advocates to continue voter registration efforts in District 8 for the next several weeks.

We humbly beseech each eligible voter of the District to confirm your polling place because in this election you must go to the polling site listed on your voter registration card and have a photo ID when you reach the polls.

If you desire to vote absentee or by mail, promptly request to do so at your earliest convenience.

If you get to the polls and encounter an unexpected circumstance, request a provisional ballot and follow the guidance given.

Voting is one way we lift up our voices. We hope that eligible voters will dually exercise this sacred right.

LETTERS to the EDITOR:

Thanks to Eric and the Unity Group for pointing out that the template City of Chattanooga ordinances and resolutions needs to be revamped.

There is a commonly accepted format used by cities and counties throughout the country.

The title, called the caption, should be short. Ours are way too long. See Eric’s attachment. This caption could have read “A Resolution to Describe the Process for Filling the Council Seat vacated by Councilman Anthony Bird.”

Then there would be a series of recitals (“whereases”) explaining the need for the resolution. This provides a legislative history of why Council is taking this action. Things like

Whereas Anthony resigned on (date); and

Whereas the next scheduled election is on August 4th. and

Whereas, Council will choose a representative for District 8 during this interim period,

Finally, there would be several “Be it Resolved” statements addressing–