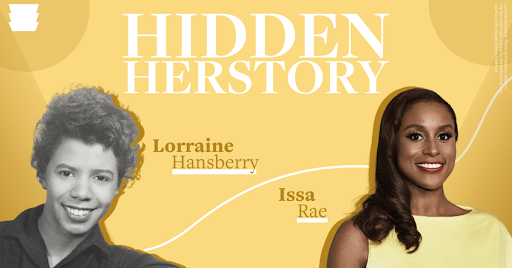 In celebration of Women’s History Month, the Smithsonian’s National Museum of African American History and Culture (NMAAHC) is offering virtual programs for all ages centered on women’s history and influence. The museum will feature a book discussion with author Tomiko Brown-Nagin focused on Civil Rights Queen, the first major biography of Constance Baker Motley, an activist lawyer who became the first Black woman appointed to the federal judiciary and one of the nation’s most influential judges. The museum will also host a film discussion featuring Unapologetic, a POV documentary directed by Ashley O’Shay that follows abolitionists Janaé Bonsu and Bella BAHHS into the world of queer feminist activism, beginning with efforts to seek justice for the murder of Rekia Boyd in 2012.

This month marks the bicentennial birth of Harriet Tubman, abolitionist and Underground Railroad conductor. Tubman’s story, impact and influence in American life can be seen across several exhibitions in the museum. Beginning in the “Slavery and Freedom” exhibition, the public can view her handkerchief and hymnal and see her apron in the museum’s “Make Good the Promises: Reconstruction and Its Legacies” exhibition. They can conclude their journey with a contemporary piece in the museum’s latest exhibition “Reckoning: Protest. Defiance. Resilience.,” which displays Bisa Butler’s quilted portrait of a young Harriet Tubman titled “I Go to Prepare a Place for You.” From home, the public can view several newly digitized objects and stories on the museum’s website and learn more about Tubman’s legacy through its Searchable Museum website. Other programming during March includes a book conversation with Michelle Coles on her debut book, Black Was the Ink, which follows a present-day teen who is transported back in time and learns firsthand through the eyes of his ancestor about African American political leaders who fought for change during the Reconstruction period. During Women’s History Month, NMAAHC’s social media channels will begin their award-winning social campaign #HiddenHerstory, which highlights the lesser-known stories and impact of African American women. This year, the campaign spotlights women in the arts, particularly those from the past and across different disciplines of art juxtaposed with their contemporaries, connecting the past to the present. The public can follow NMAAHC  Instagram, Twitter and Facebook to view this year’s #HiddenHerstory campaign.

Black Was the Ink with author Michelle Coles: Using Fiction to Investigate Reconstruction and Its Legacies.
Tuesday, March 1; 6 p.m. ET

About the National Museum of African American History and Culture
Since opening Sept. 24, 2016, the National Museum of African American History and Culture has welcomed more than 7.5 million in-person visitors and millions more through its digital presence. Occupying a prominent location next to the Washington Monument on the National Mall in Washington, D.C., the nearly 400,000-square-foot museum is the nation’s largest and most comprehensive cultural destination devoted exclusively to exploring, documenting and showcasing the African American story and its impact on American and world history. For more information about the museum, visit nmaahc.si.edu and follow @NMAAHC on Twitter, Facebook and Instagram or call Smithsonian information at (202) 633-1000.