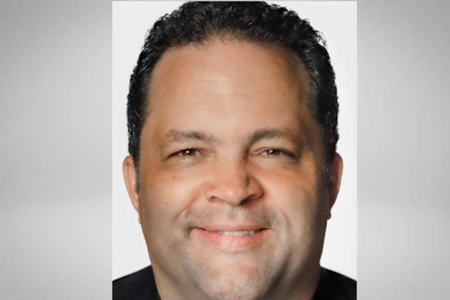 You know the old game, two truths and a lie? Here are two truths and a lie about Georgia and Stacey Abrams, who recently announced that she’s running for governor. Let’s start with the lie. The big lie is that Donald Trump lost Georgia in 2020 because of illegal votes.

The big truth is that Stacey Abrams helped achieve not one, not two, but three legal statewide victories in Georgia for President Joe Biden and Senators Raphael Warnock and John Ossoff.

Another truth is that Brian Kemp was Georgia’s vote suppressor-in-chief long before he became the governor. In every cycle, he manages to come up with new strategies that are even more aggressive than ones he used before. Like a comic book villain, Kemp does not grow weary in his evildoing. He’s always hatching a new plan more dastardly than the last one.

That’s why we cannot take anything for granted, even though Abrams demonstrated last year how effectively she can mobilize voters. She has seen every anti-voting-rights trick in the book. Many of them were used against her when she ran for governor in 2018. Back then, Kemp was secretary of state and used the power of his office to shape election rules in his own favor.

As Abrams said at the time, Kemp “won under the rules of the game, but the game was rigged against the voters of Georgia.”

If we want Georgia to be safe for democracy, two things need to happen in the next 12 months. First, Congress must pass urgently needed voting rights legislation in time to go into effect by next fall.
And second, everybody who showed up and turned out in Georgia in 2020 has to show up and turn out again—every individual and every group.

I’m proud that the organization I lead, People For the American Way, was among those that Abrams credited with helping to achieve the historic victories of the past year. We’re going to spend the next 11 months fighting to help her get elected. And we’re asking everyone to join us in making the same level of commitment in Georgia that they made in 2020.

It is easy to get discouraged by what’s happening across the country, where politicians are passing laws to discourage voting and protect their own power. Right-wing activists who are angry that Donald Trump lost the election—who refuse to admit that he lost—are being put in positions with authority to oversee next year’s elections. The very basis of our democracy is being undermined.

There’s something profoundly important about Stacey Abrams demonstrating leadership at this moment. Abrams has always been guided by a fundamental faith that people can make the system work. That faith has been at the heart of her organizing. It inspired her 2018 race and her work to make Georgia’s law fair for all voters.

Many people might tempted to lose faith in democracy when they see elected officials abusing their power to make it harder for some people to vote—and to limit the ability of their votes to make a difference.

Stacey Abrams knows what she is up against. And knowing all that, she still isn’t giving up on our democracy. That’s inspiring.

As governor, she will work tirelessly to make democracy, and Georgia, work for everyone. So let’s get to work for her.