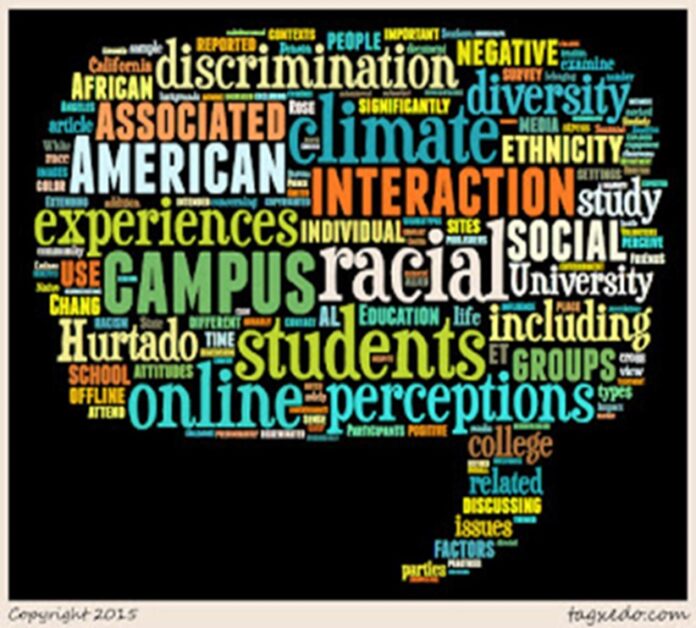 Winston-Salem State University (WSSU), a HBCU (Historically Black College and University), my alma mater, was in the headlines recently, and not for all the right reasons.

But first, what do the following people have in common with yours truly? Pro basketball superstars Earl “The Pearl” Monroe, the Phoenix Sun’s Chris Paul, and TV sports announcer Stephen A. Smith?

The answer? Although I’m separated from them by millions of bucks, we all graduated from WSSU.

Now while on the subject of WSSU, tack on the name of one of its current students, Lellia Hamoud, the protagonist in a recent bruhaha at WSSU who ended up hand-cuffed and forcibly removed from a classroom by a white policeman after a disagreement with a white professor. The video evoked national outrage.

But to cast that incident into a broader racial context, consider this: According to November FBI statistics, more than 57 HBCU schools have received bomb threats this year. I repeat, 57 institutions…this year alone. Among those well-known universities are Tuskegee, Howard, Morehouse, Spelman as well as the lesser known. (Doubtful readers should go to Google to see the entire list of those schools).

Now to be fair, predominately white, and faith-based institutions have received bomb threats as well but for reasons other than race.

To broaden the perspective of what’s going on these days it was not that long ago when a busload of female athletes from Shaw University, another HBCU, was stopped and searched in South Carolina on the way to an event in Georgia. Nothing illegal was found in a search of the girls’ luggage ….NOTHING!

And more recently, a white professor at Tennessee State, another HBCU school, was caught on tape leaning over and yelling “get out of my class” to a Black student.

So with all that said, I reached out to several African American graduates and parents of former or present young people now attending HBCU schools; “Wali” a Morehouse graduate with two daughters today at Spelman; “Lewis,” whose daughter graduated from North Carolina A&T State University; “Kelly,” whose daughter attended Bennett College, a son who also attended A&T, and a daughter who attended WSSU. Here’s what they told me after they watched the video:

WALI: Because of its location near the inner-city, we had to deal with crime on campus when I was at Morehouse. But if you fast forward to today, we’re dealing with an entirely different enemy, another layer of threats posed by white supremacists. The difference now, unlike back then, is that racism is at the core of what’s happening today.

LEWIS: I watched that clip of the incident and could not shake the image of my daughter being treated that way when she was at A&T. Although she had the grades to get into any school she wanted to, one of the reasons she chose a HBCU school was because we all thought she’d be safe there. Now this.

KELLY: Sickening. I live in Winston-Salem not far from WSSU. I feel betrayed by what I saw on that video and feel that the situation could have been handled differently. It was no worse than a home invasion because for many students the HBCU is their home away from home. Can you imagine the pain her parents, the ones who worked hard to pay her tuition, felt watching their daughter being humiliated that way?

WALI: As Black fathers, we dread one day receiving a terrifying call about something bad that happened on campus to one of our kids. One of the main reasons HBCU schools have drawn so much recent interest from talented African American students, some of whom were accepted by elite Ivy League schools, was to avoid mostly white schools where they are sometimes subjected to racism. You would think that HBCUs would be a refuge, but not anymore.

LEWIS: We live not far from the Howard University campus, so I was shocked to hear about the spikes in bomb threats there. And yes, I heard that they narrowed the threats as coming from a few teenagers. But if that’s true it begs the question of the culture in this country that made them behave that way. No, I’m not willing to let the culture or the parents who raised those kids off the hook.

KELLY: I believe that the incident at WSSU will have a negative impact on the school’s ability to attract Black students. Can you imagine hard-working parents having to worry not only about the physical safety of our kids but the potential for acts of hate we never thought would happen on HBCU campuses?

NOTE: The Biden administration has beefed up support for HBCUs in the aftermath of bombing threats with funds to beef up campus security measures and bomb threat training for staff and administration.

But what else could we do? I posed that question to Wali, Lewis, and Kelly.

WALI: At a minimum, I encourage parents of potential HBCU students to exercise due diligence when making college decisions. Unfortunately, since there’s the possibility that Black kids may experience hate on both predominately white and HBCU campuses, you may have to “pick your poison” in making a choice. But that’s where we are today.

LEWIS: I agree with Wali and suggest that parents should research the location of the schools and incidents of crime on the campus and nearby communities and factor those results into their decision.

KELLY: I say this partly in jest but seriously, parents should make sure that their kids are armed with phone cameras so that they can immediately snap pictures of perceived acts of bigotry. As we saw in the George Floyd case, videos don’t lie and can be the best weapon for calling attention to acts of hate.© Terry Howard is an award-winning writer and storyteller. He is also a contributing writer with the Chattanooga News Chronicle; The American Diversity Report; The Douglas County Sentinel; Blackmarket.com; co-founder of the “26 Tiny Paint Brushes” writers’ guild; recipient of the 2019 Dr. Martin Luther King, Jr. Leadership Award, and 3rd place winner of the 2022 Georgia Press Award.