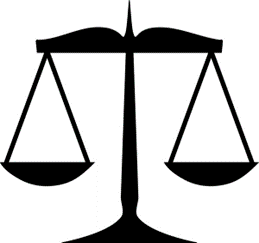 Abortion is back in the headlines. What an interesting time for such a discussion. Most will be celebrating their own mothers and honoring the roles of so many women who shape the lives in such critical and countless ways during May and Mother’s Day as the headlines scream about abortion.

What brought the controversial topic back to the forefront? The historic leak of a draft document from the US Supreme Court as a major decision is coming within weeks determining whether states or the federal government determines the specifics around the access to the procedure that ends the pregnancy of a baby.

The issue at hand is whether the US government or state governments will make the rules relative to abortion. But you wouldn’t know that if you’ve listened to talk radio, watched cable TV news, read social media or gotten activist emails from certain interests.

Let’s set politics aside–no partisan talking points. Let’s look at the actual decision at hand, what it means and honestly understand what abortion is–not what it’s promoted to be.

And that’s where we’ll begin. What is abortion?

Abortion is the medical or surgical termination or end of a pregnancy which results in the end of life of the conceived child. Surgical abortions, according to the health literature, have fewer risks of being incomplete compared to medical abortions.

Surgical abortions are done through aspiration–the process to physically remove the contents of the womb through suction typically performed up to 16 weeks, or 4 months, into the pregnancy–or dilation and evacuation (D&E) which is recommended after 13 weeks due to the size of the preborn baby. D&E abortions expand the womb through the placement of dilators (thin rods) allowing the practitioner to remove the developing baby with forceps, which are shaped like large spoons, and suction.

Medical abortions are for pregnancies 70 days or less after the mother’s last menstrual cycle, her period. Medical abortions involve taking two medications after the health care provider confirms the pregnancy and its location in the uterus. It is important for women to see healthcare providers to guarantee they don’t have a rare ectopic pregnancy or other conditions where excessive and fatal bleeding could occur.

Abortions were first recorded in ancient days, but made more available as women have become more sexually active outside of marriage and beyond the purpose of creating family. Increasingly embraced by societies across time, the reasons have been consistent: To prevent birth.

Abortion was used in centuries past for the reduction of population. Despite the increasing availability of effective contraception, abortion is argued to be necessary, even today, as needed for population control as cited in this piece published in the National Library of Medicine by Dr. Stephen D. Mumford of the Center for Research on Population and Security.

Mumford states, “No nation desirous of reducing its growth rate to 1% or less can expect to do so without the widespread use of abortion. This observational study, based on the experience of 116 of the world’s largest countries, supports the contention that abortion is essential to any national population growth control effort.”

Even more plainly stated, the researcher declares, “Population control is an important but neglected social benefit of abortion.”

Don’t be misinformed. Abortion is not contraception. Contraception prevents the ovulation of an egg, that would be fertilized by the male’s sperm, that would conceive a child. The environment of the woman’s uterus is also changed to be less conducive for pregnancy. In contrast, abortion is to remove a fertilized egg that otherwise left in place would continue to develop and grow in the mother’s womb.

The fuss and drama about the pending decision by the Supreme Court of the United States (SCOTUS) revolves around the possible reversal of another decision made decades ago called Roe v Wade. The landmark decision determined that a woman’s choice to have an abortion would be protected without excessive government regulation.

This decision, however, has been treated to mean women have a constitutional right to have an abortion with no regard to the life of the preborn child, which science demonstrates through its chromosomes, its genetic material and its organ development, is a separate life naturally growing in the womb of the mother.

For example, medical research demonstrates that a preborn baby has a detectable heartbeat in the womb as early as five weeks of pregnancy with the heart rate increasing until week 9, then slowing again after week 13. During this first trimester, or initial three months of pregnancy, the heart’s anatomy and structure develops and pumps the baby’s blood. Just as the presence of a pulse in a person represents a heartbeat, or life, so does the presence of the heartbeat in the womb.

Should the SCOTUS “overturn” Roe v Wade, abortions would not automatically be banned. Instead, each state would make laws and regulations that govern abortions. This would be similar to the fact that Tennessee law differs from many other states by not taxing the wages of workers or levy an income tax. Every bordering state of Tennessee–Georgia, Alabama, Mississippi, North Carolina, Kentucky, Arkansas, Virginia and Missouri all have state laws that tax the wages of workers in addition to other taxes. States govern themselves differently. Abortion would become a state-governed procedure if Roe v Wade is overturned in several weeks.

Be informed about the headlines and the facts. It’s growing more clearly that all political interests rely upon anger, the belief of an existing crisis, or the twisting of information to move citizens to action.