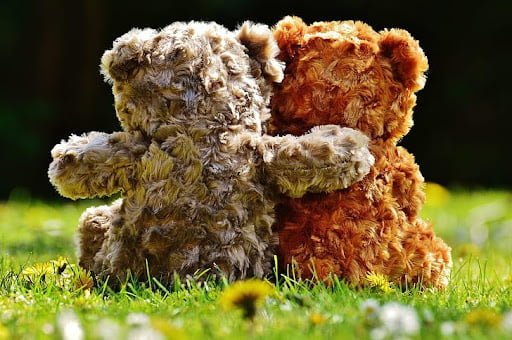 “Terry, you have no idea how much I appreciated the hug you gave me last week,” intimated “Ruth” this morning as she dabbled at her turkey burger and sweet potato French fries.

“As I said, that was my first venture out after being confined to my house because of COVID and the death of my husband.”

When my friend “Mary” walked into the café recently, her vibe suggested that she longed for a hug. Knowing that the last few years have been emotionally taxing for her, I obliged.

A little more than an hour later, “Mort” and his wife (shamefully, I don’t remember her name) walked in. After Mort and I “fist bumped,” I turned to his wife and, sensing that a fist bump may be inappropriate, asked permission to give her a hug. She smiled and initiated the hug.

Hey, given that we exist in a COVID world these days and may, I’m told, have to deal with a summer surge with another pandemic, it’s wise and respectful to ask before you lurch forward with a hug, yes?

So, let’s not talk about the Supreme Court opinion draft on Roe vs, Wade, Elon Musk, the 1/6 riot at the Capitol, an ex-president, whatever, whatever, whatever. How about with seriousness and levity we talk instead about the implications of hugging in the world these days?

The questions it raises are as many as they are complex, including:

What are the protocols that govern hugging given masking and social distancing protocols related to COVID?

What are the circumstances under which hugs are appropriate or not and how long can one “hold” a hug before it becomes harassment?

What do you do if you find yourself in the middle of an all-out “hug-fest,” arms flailing all over the place, where some enjoying being hugged and others not?

And perhaps the thorniest question of them all, if you don’t want to be hugged, how do you ward off that fast-charging hugger headed your way, arms stretched outward, lips puckered and aimed at your cheek without hurting his/her feelings?

Truth is that the hug is the most common of human signs of affection. We bond with a hug and find comfort with a hug. In American culture, a quick hug of not more than a few seconds is often a given, especially between two men.

With respects to hugging, arguably the modern world can be a complex place for many men. The fact is that some cultures and religions prohibit any form of touching between women and men. And aside from hugging each other on the athletic field (and an accompanying slap on the behind), the messages men get are an expectation that they be in touch with their feminine side, but never to the point that it compromises their masculinity.

Now as quiet as it’s kept, some folks just look “huggable.” There’s a “teddy-bearishness” about them. On the other side, some convey a steely “hands off” with their body language.

But huggers, be careful in sizing up candidates for your embrace. Before you lunge forward, understand that not everyone will welcome your open arms and they might not feel comfortable telling you that. That’s the problem.

As a rule of thumb, if you don’t know the person that well, even if they look huggable, or if you are in doubt, don’t hug them. It’s that simple. Otherwise, approach with a flexible stance, one that allows you to fall back on a handshake (or fist bump) if you suspect that the other person does not desire a hug.

And above all, resist insisting on a hug. When you want one, but the other person extends a handshake or thrusts his/her shoulder between you two, hello, read their cues.

Okay, say that an unwelcome hug is heading your way. The cues are there: the steps forward, the arms open. Time is short. You cannot escape. What can you do short of feinting or running in the opposite direction?

First, rush your hand out quickly while taking a step back and leaning away from the hard charger. It’s important to do this because rejecting a hugger can be awkward and embarrassing. A clear “handshake-only” message can be a powerfully effective hug deterrent. (Stop here and practice your strategy. Go ahead, we’ll wait).

Okay, let’s keep it real. The fact is that we all have someone in our lives who likes to hug, or be hugged, despite a preference for a less demonstrative greeting. And it’s quite probable that someone will stun you with an unexpected hug at some point in your life. It happens. So, before you make an already uncomfortable situation worse, ask yourself if you can live with an isolated bout of discomfort. I’ve yet to see “Poor Jenny was hugged to death” etched on anyone’s tombstone, have you?

And keep in mind that knowing people want to hug you says more about you than it does about them. The message: You’re really someone special.

In the end, we can reduce the possibility of awkwardness on both sides if we stay tuned into and respect each other’s personal boundaries when it comes to hugging. One way to do that is to fan this column out through your network of family and friends. That way we raise awareness among our chronic huggers, and our “hug-me-nots” will feel less pressure to have to convey an uncomfortable message or, short of that, to duck and run!

© Terry Howard is an award-winning writer and storyteller. He is also a contributing writer with the Chattanooga News Chronicle, The American Diversity Report, The Douglas County Sentinel, Blackmarket.com, Hometown Advantage, co-founder of the “26 Tiny Paint Brushes” writers’ guild, and recipient of the 2019 Dr. Martin Luther King, Jr. Leadership Award.