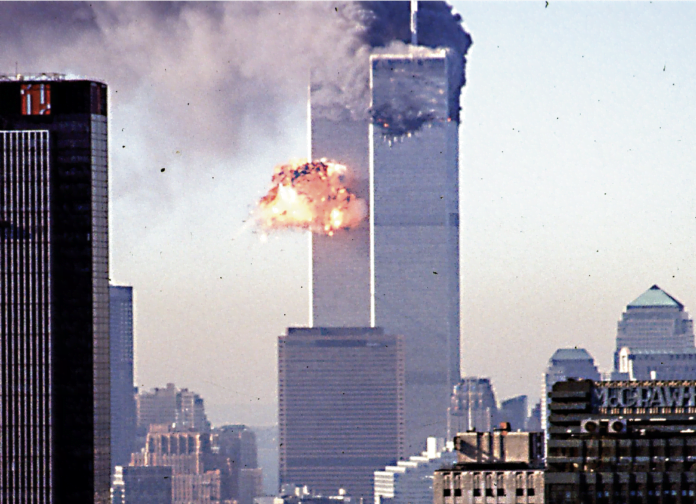 Here we are 21 years later and the images of the 9/11 terrorist attacks on our nation again surface in our memories. Although our lives since then have been splintered into different directions – tragedies, triumphs, wars, you name it – we remain united by that day as a “where I was then” moment in time.

Although thousands of lives were lost at the World Trade Center, the Pentagon and in the field at Shanklin, Pennsylvania, the largely untold stories are those who survived the horrors of that day.

Which takes me to a recent church service.

To make a point during his sermon, the pastor rattled off reasons why some escaped with their lives during the terrorist attacks on the World Trade Center that snuffed out the lives of 2750. “Divine delays” is how he rationalized what saved them that awful morning.

Now there’s a good chance that as you read down his list of “delays,” your reactions will be no different than others in the congregation that morning. Here’s his list, perhaps the most startling nine lines you’ll read in this entire narrative:

When the impact of his list sank in, I had a recollection of an American Airlines flight attendant I knew in Boston who missed that ill-fated Flight 93 that plowed into one of the towers because she took a sick day. I thought about an attorney relative who was traveling on business that day when one of the towers fell next to and badly damaged the building that housed her law office.

But let’s turn to a more recent personal history, specifically a frightening “near miss” moment in my life. The year was 2017.

You may recall that five years ago on August 12, 2017, hundreds of far-right extremists descended on Charlottesville, Virginia to protest the planned removal of the Robert E. Lee statue from the city’s center and clashed with police and counter protesters. The “Unite the Right” protest, as it was called, was the largest and most violent public assembly in decades, leapfrogged recently by the insurrection on January 6, 2021. Among the scores of those injured, Heather Heyer, a young paralegal, was run over and killed by an extremist.

So I arrived at the Charlottesville airport that afternoon, headed south on highway 29 and exited onto interstate 64 on my way to my hometown 33 miles west. Now had I turned to downtown Charlottesville for a bite at Mel’s Place, my favorite soul food restaurant, which I often did on previous trips, I would have run smack into the violence erupting just a few miles away. Fortunately, I had a full course breakfast before leaving Georgia.

I thought about my Charlottesville near miss after absorbing the pastor’s list of “divine delays.” Contextualizing his list, had I veered off to downtown Charlottesville, the consequences could have been, well, to say the least, dire and you may not be reading this piece.

I thought about that morning on May 3, 2021, when Scott Hudson, a long-time restaurant owner in Georgia died when a tree fell on his vehicle during a thunderstorm on a street that I’d driven down only an hour earlier. There’s not a day that I don’t think about Scott when I drive down that street enroute to the post office.

So, if you are still reeling from the pastor’s list shared at the outset and my near misses, let me add a few consequences of possible near misses in your life:

In the end, I leave you this; be grateful for those positive life-changing delays in your life and, above all, what could have but didn’t happen!

© Terry Howard is an award-winning writer and storyteller. He is a contributing writer with the Chattanooga News Chronicle, The American Diversity Report, The Douglas County Sentinel, Blackmarket.com, co-founder of the “26 Tiny Paint Brushes” writers’ guild, recipient of the 2019 Dr. Martin Luther King, Jr. Leadership Award, and third place winner of the 2022 Georgia Press Award.