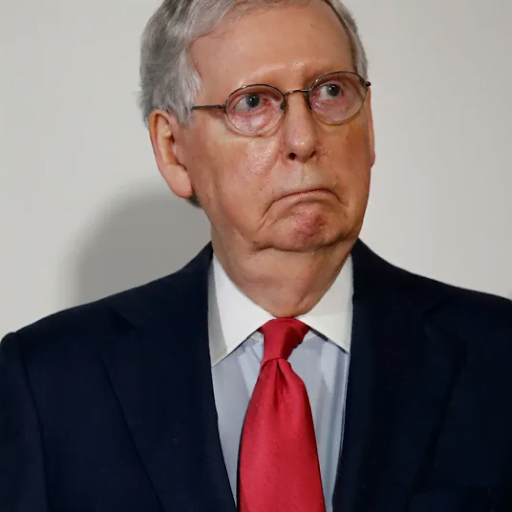 Well, yes, Jonathan, your ears didn’t lie. You heard what you heard. And if you are any person of color, neither did it come as a surprise.

Now as much as I’d like to cut McConnell some slack because of his “caught with his pants down” moment, I couldn’t resist the opportunity. In case you missed it, here is what he said when asked about concerns about voter participation by African Americans:

“Well the concern is misplaced, because if you look at the statistics, African American voters are voting in just as high a percentage as Americans.”

Yep, he actually said that. You can’t make this stuff up folks.

Some called his statement a Freudian slip, but activist and radio show host Egberto Willies said, “sometimes a slip of the tongue actually tells you where you really are, and that’s what we have here.”

Okay Mitch, allow me to help you understand something important. Despite what’s on either side of my hyphen – African/Black on one side, American on the other – like you I’m a red blooded American, was born one and will die one. I’m not some “other.” Those in my community will tell you the same thing. You may want to jot that down to avoid embarrassing yourself in the future.

And Mitch, you tried but failed miserably to remove your foot from your mouth. You told reporters at a news conference that you “omitted the word ‘all.’ Well, possibly, I’ll give you that.

In another clumsy attempt to clean up your mess, you said that you “inadvertently omitted the word ‘almost.’ But then after that news conference ended, you returned to the microphones to correct yourself one more time. “The omitted word is ‘all,’ not ‘almost.”

Now Mitch, was it a courageous American or an African American policeman on those balcony steps who saved your hide while you ducked and hid from insurrectionists who breached the Capitol last January?

And rather than leave well enough alone sir, in a classic “I’m down with the soul brothers, some of my best friends are Black” attempts at clarification, you said this to cover your tracks:

“I was there for Martin Luther King’s ‘I Have a Dream’ speech in the audience,” and was also present when President Johnson signed the Voting Rights Act in the Capitol in 1965.” Okay nice, but it seems that key messages from those events failed to sink in with you Mitch.

And here’s the kicker, more “some are my best friends are” words that flowed from your mouth: “I have had African American speech writers, schedulers, office managers over the years.”

Maybe you missed the memo, but that “best friends are Black” excuse played out many years ago. Sounds to me like your Black “best friends” failed to pull your coattail on this fact.

Said Charles Booker, a Kentucky Democrat running for the U.S. Senate, “Mitch McConnell wants you to know it’s fine for him to block Voting Rights because he has Black friends.”

Specious is the first word that comes to mind when I think about your recent crocodile tears Mitch. Hypocritical is the other.

Wrote Jonathan Capehart, “When you’re Black in the United States, you grudgingly grow accustomed to having people deny that your existence is integral to everything that makes this country what it is. Usually I roll my eyes and keep going in response to such nonsense. But the more I thought about them, the angrier the offense made me.”

Now there are silver linings to all this. First, one of the nice things about being a writer is that you don’t have to sit around long waiting for story ideas. All one has to do is relax, watch the news, sip on a latte and, voila, wait for the next bungling Mitch McConnell to come along.

And here’s the second, a quote from an AMERICAN, Mitch: “I want to personally thank Mitch McConnell. He just mobilized the biggest African American voter turnout for Midterms.”And here’s one more Mitch, again from an AMERICAN by the name of Maya Angelou: “When someone shows you who they are the first time, believe them!”