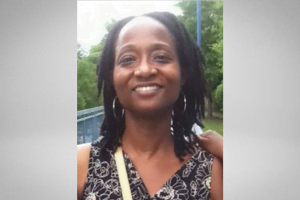 The Chronicle Media Group was founded in May 2021 by John L. Edwards III and Lurone “Coach” Jennings, Sr.  The company is best known for the Mary Walker Foundation and its flagship weekly newspaper, The Chattanooga News Chronicle.

Mayor Kelly last month announced the launch of CERC, charged with putting forward a recommended investment framework that will guide how to distribute $38.6 million in one-time federal American Rescue Plan funds throughout the city, with an intentional focus on those who have been hurt most by the pandemic.

CERC will also help to coordinate pandemic recovery efforts across the public, private and nonprofit sectors.

“This historic infusion of ARP (American Rescue Plan) dollars serves as an opportunity to catalyze lasting positive change in our city, for generations to come, with a focus on communities disproportionately affected by an extraordinary public-health emergency,” said Kelly.

Putman, who also serves as the Creative Writing/Journalism I teacher at The Howard School, was a staff writer at the Chattanooga Times Free Press for 19 years. She graduated in August 2020 with a degree in education from Lee University.

Mayor Kelly’s administration last fall announced the launch of its “One Chattanooga Relief and Recovery” process to help guide the city’s pandemic recovery effort and advance “the allocation of federal ARPA resources toward transformational projects aimed at removing the persistent barriers that create and sustain inequities in Chattanooga.”

CERC is comprised of 12 community members and leaders selected by Mayor Kelly, in collaboration with area partners, based upon their experience and commitment. Three members were nominated by the Urban League of Greater Chattanooga and three members were nominated by the Chattanooga Area Chamber of Commerce. The final six were chosen by the mayor after Chattanooga residents were invited to apply to serve on the CERC at the city’s online ARP portal.

After CERC announces its proposed investment framework in April, Chattanooga residents and community organizations–including any applicants who previously submitted funding requests or project ideas since the ARP online portal opened in October 2021–will be invited to resubmit a more targeted application, based upon the CERC’s specific guidance around community priorities and needs.