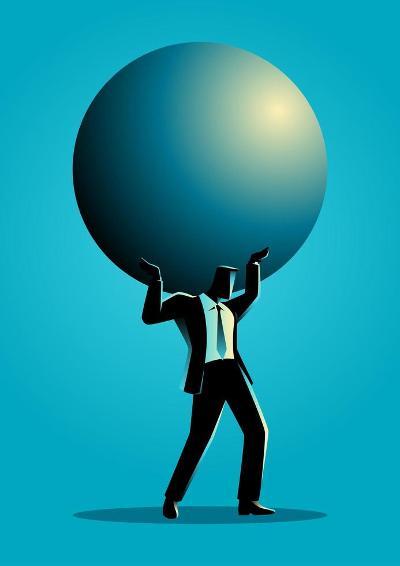 Americans are not just fighting the burdensome impact of inflation that has grown to our current recession, with doubled prices for food, gas, housing and most everything. Today, Americans, you are also carrying the load of the massive spending of governments.

The US Bureau of Labor Statistics published a report on Sept. 8, 2022 that each American adult should consider relative to your work, your earnings and the government that spends much of that which is yours.

You spent more paying the government than taking care of your own family’s needs. This year, the average American worked until April 18 to pay their tax obligation to the federal, state and local governments, as tracked annually and published by Financial Gravity. Of the 365 days in 2022, your earnings went to pay taxes the first 108 days.

Because taxes are automatically withheld for most, the reality of the heavy tax burden to workers goes unnoticed.

While there is no question our governments provide essential services to citizens, government spending has grown well beyond these important services. Americans need a safety net of income for food, healthcare and welfare for those temporarily seeking assistance between jobs–to roads, infrastructure, educational opportunities and safety and those who cannot authentically care for themselves. But the line of excess spending of your money now appears.

As you read of working 3.5 months to carry the load of taxes which come from your earnings and understand that the price of everything has at least doubled in the last 18 months, appreciate the value of your voice in your government.

Knowing that our constitutional republic is framed to legally protect individuals from oppressive governance and that our country was founded on the understanding that citizens’ consent was necessary in its operations and success, the ongoing growth of government on the backs of working Americans endangers your personal freedom to own property and pursue happiness as you define it, not government officials.

Big government typically creates a weakened, small citizenry as measured by opportunity and freedom. Good government remains within its enumerated, specified bounds and does only that which an individual is unable to do for themselves. Currently, you are carrying the burden of caring for your family along with the excessive taxes and spending of governments.

Be aware and make sure you consent. It’s your money.